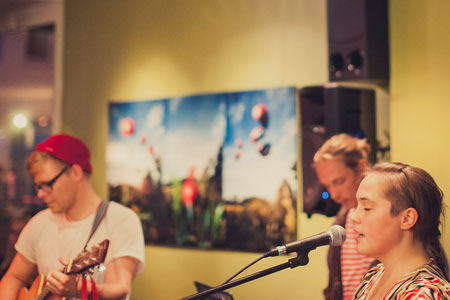 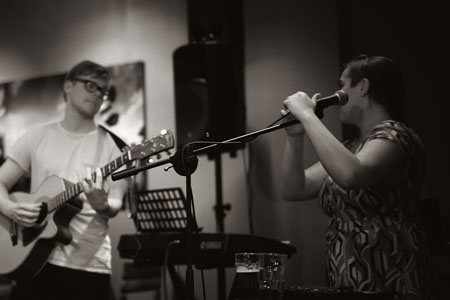 The club attendees will be treated to a programme of short films at the beginning of the evening. The films Jester and Dolly, which are part of a monologue series Ten Faces of Anna to be completed later this year by Laura Hyppönen, will be screened around 8:30 pm. After these, Paola Suhonen’s The Bridges of Madison County, which was filmed in the same setting as its namesake film by Clint Eastwood, will be seen. To finish off the evening, we’ll fly through the air with Elina Kokko and Ville Toimi’s film The Wind Beneath Your Wings. Music is provided by the indie-folk trio Pohjavire.

Pohjavire is a three-man-band originating from Turku, which draws its inspiration as much from Finnhits and Neil Young as today’s marginal music. The band’s songs are often about going somewhere, but getting going is a different story. The harmonic melodies, acoustic guitar and the beautiful voice of a female singer guarantee a relaxed end of festival club atmosphere.