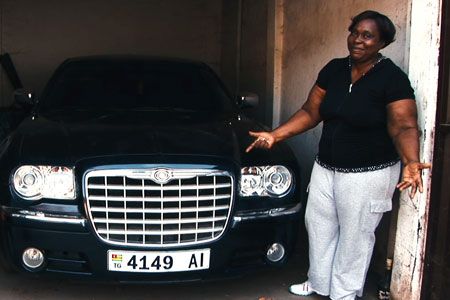 Nana Benz is the story of the legendary queens of the West African mercer, self-made women, coming out of nowhere, building empires. These women were heroes to the people, Mercedes driver at the West African coast. They influenced the history of Togo and were witnesses of the fights for independence, the dictatorship till the globalization nowadays. People saw them as mystical women, with supernatural powers, but mostly they were clever business women with connections to powerful men like the dictator Eyadema. Thomas Böltken manages to establish closure to the protagonists by letting their heirs – grandchildren, widows, lovers – speak.