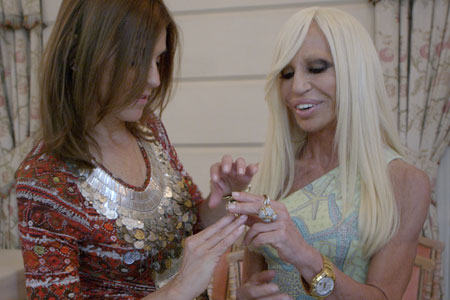 Mademoiselle C picks up with the fashion editor/stylist/image maker — she still doesn’t quite know what to call herself — in the wake of her resignation from Vogue Paris, where she served as editor-in-chief for 10 years. She’s embarked on a new adventure: to launch her own magazine, CR Fashion Book, in New York. It’s a fascinating process, to start something so ambitious from scratch, and the most interesting scenes captured by director Fabien Constant are artists at work.