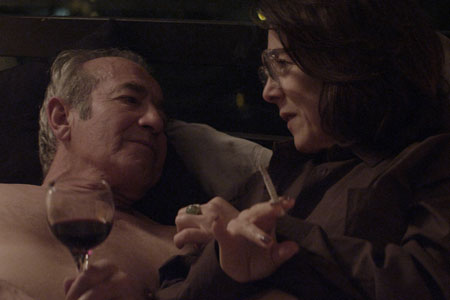 Lelio expertly handles the seesawing emotional tone of his story, which pivots between hope and heartbreak before alighting on its true subject – self-worth – and giving García a third act any actress would kill for. A night out drinking, gambling and being slobbered on in a resort casino ends with a crisp cut to Gloria lying on the beach with only one shoe – we fill in the blanks. This is a woman quite capable of humiliating herself, but also of springing back with a vengeance.

Hardly the most richly served of moviegoing demographics, smart middle-aged women will give a warm embrace to Gloria, making it a seemingly surefire contender for significant art house acceptance. But it’s hard to imagine anyone with a heart and a brain not responding to the quiet delights and stunning intimacy of Chilean director Sebastián Lelio’s account of the personal evolution of a 58-year-old divorcee, played with scrupulous honesty and intelligence by the wonderful Paulina García.

[…] Gloria is a work of maturity, depth and emotional insight. There’s not a single false note here to push the uplifting empowerment or resilience angles, or the conclusion that having a man is not a requirement in order to feel complete. Yet those nonstrident feminist themes emerge organically, without the need to be articulated.